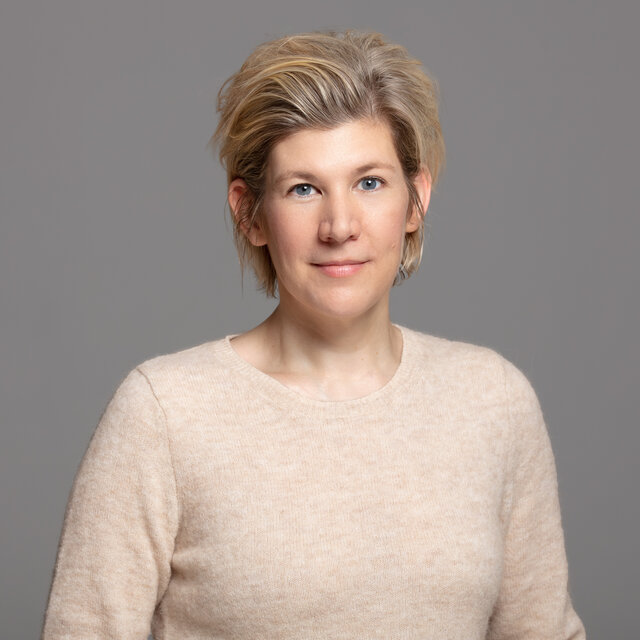 Carolin Lange is an affiliated scholar at the IGdJ and project manager of the project entitled Als sie weg waren – Die private Wahrnehmung des Holocaust (“After They Left – Private Perceptions of the Holocaust”). She studied literature and modern and ancient history at the University of Erlangen-Nuremberg and the Université de Fribourg, obtaining her Ph.D. at the Ruhr-Universität Bochum. Between 2011 and 2015, she was a postdoctoral fellow at the Max Planck Institute for the Study of Societies and a DAAD postdoctoral fellow at the University of Washington, among other positions. In 2019, she was a fellow at the United States Holocaust Memorial Museum in Washington DC.

As an expert on provenance research and ‘Aryanization,’ she worked as a project manager at the Bavarian State Office for the Preservation of Historical Monuments in Munich between 2016 and 2021 and also addressed how the current owners of formerly ‘Jewish’ objects deal with these objects and their materiality and what emotional difficulties they experience.

Carolin Lange was a board member of the Arbeitskreis Provenienzforschung e.V. (Study Group for Provenance Research) between 2018 and 2021. Founder and managing director of the agency Lange & Schmutz Provenienzrecherchen in Biel, Switzerland, in this capacity she advises public and private institutions on dealing with provenance research and restorative justice.

Carolin Lange is interested in the material as well as the emotional aspects and consequences of the Holocaust and its reception by the non-Jewish population: who profited from the expropriations; which objects changed unlawfully into ‘Aryan’ hands; who moved into the abandoned ‘Jewish’ apartments? Moreover, did the acquisition also guarantee subsequent undisturbed use, or did the new owners and tenants display emotional and affective difficulties? How do today’s contemporaries deal with objects that were once Jewish property? She is interested in a new social and reception history of the Third Reich that also takes into account the reverberations into the present day and how we deal with our own family.