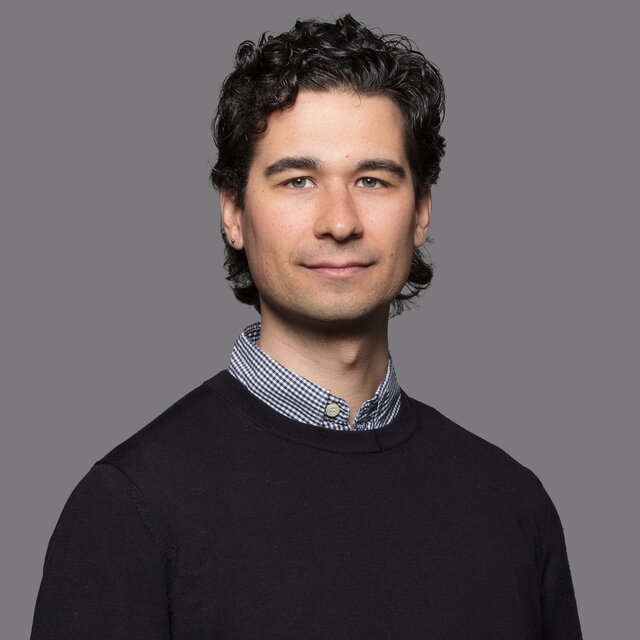 Fabian Weber works as an academic staff member at the IGdJ and his research projects focus on German-Jewish history from the Kaiserreich to the Federal Republic of Germany. He studied Early Modern/Modern and Medieval History as well as Modern German Literature at the Ludwig-Maximilians-Universität in Munich (LMU), graduating with an M. A. degree in 2014. Between 2009 and 2015, he also worked at the Jewish Museum in Munich. In the fall of 2014, he began a dissertation at the LMU Chair of Jewish History and Culture, defending his thesis in 2019 and completing his doctoral studies in 2020 with publication of the work by Vandenhoeck & Ruprecht publishers. He has held doctoral fellowships from the Ernst Ludwig Ehrlich Studienwerk (ELES), the FAZIT Foundation of the F.A.Z. newspaper, and the Leibniz Institute for European History in Mainz (IEG). Between 2018 and 2022, he was employed as a research assistant at the studium plus Central Institute at the University of the Federal Armed Forces in Munich and at the LMU’s Chair of Jewish History and Culture in Munich. Since April 2022, he has been working at the IGdJ.

Fabian Weber is active in the research field of German-Jewish history. He prefers to work on topics connected to the history of debate and perception in order to examine the political, cultural, and religious relations between Jews and non-Jews. Focal points constitute the expressions of hostility toward Jews since the nineteenth century up to the present-day New Right, the history of the Zionist movement, especially its non-Jewish perception in colonial, anti-Semitic, and Christian-Jewish missionary debates, as well as aspects of animal protection. His project, Shechita and Shechita Debates in West Germany and the Early Federal Republic, 1945/49 to 1965/72 (Schächten und Schächtdebatten in Westdeutschland und der jungen Bundesrepublik, 1945/49 bis 1965/72) examines both the Jewish practice of shechita (kosher slaughtering) after 1945 and the public debates that ritual slaughter without stunning provoked. These debates provide insight both into the liberal self-image of the early West German democracy as well as the persistence of anti-Semitic thought and sentiment. In addition to examining the reawakening of Jewish life after 1945, the work also looks into legal and political aspects as well as protagonists in animal protection.

Fabian Weber is also a member of the editorial board of Münchner Beiträge zur jüdischen Geschichte (“Munich Contributions to Jewish History”).