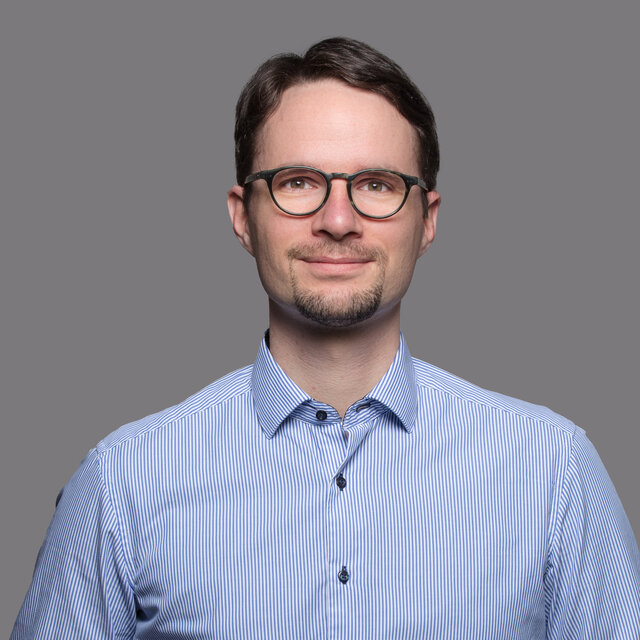 Sebastian Schirrmeister is affiliated with the IGdJ as a literary scholar. At the intersection of Jewish Studies and Literary Studies, his research focuses on Jewish literatures, German-Hebrew Studies, exile literature, literature and historiography, archives, cultural memory, rhetoric, translation, and narratology. He studied Jewish Studies and German Studies in Potsdam and Haifa and received his Ph.D. in 2017 from the University of Hamburg on the intertwinement of German-language and Hebrew-language literatures. He was a research assistant at the Institute for German Studies at the University of Hamburg (2011–2019), a doctoral fellow at the Rosenzweig Center in Jerusalem (2014), Amos Oz Visiting Professor of Hebrew Literature at Ludwig-Maximilians-Universität (LMU) in Munich (2020), and Moritz Stern Fellow for Modern Jewish Studies at the Lichtenberg-Kolleg in Göttingen (2019–2021). In 2013, he was awarded the Joseph Carlebach Prize of the University of Hamburg for his book Das Gastspiel. As of March 2022, he serves as an academic staff member in the project RFE10 “Wandering Artefacts. The Materialistic History of German-Jewish Archives” at the “Understanding Written Artefacts” Cluster of Excellence at the University of Hamburg and as an affiliated scholar at the IGdJ. His current research project, “Legitime Leidenschaften” (“Legitimate Passions”), is dedicated to reflections about revenge in Jewish literatures after the Shoah.

As a member of the Jüdischer Salon am Grindel e.V. (www.salonamgrindel.de), Sebastian Schirrmeister organizes and moderates events on Jewish literature and culture.

Sebastian Schirrmeister has been affiliated with the IGdJ for many years through joint research interests, a contribution to the Key Documents (Hamburger Schlüsseldokumente) project, activities within the framework of the Carlebach Working Group (Carlebach-Arbeitskreis), involvement in the Hamburg Jewish Film Festival (Jüdische Filmtage Hamburg), participation in events of the Institute, and regular exchange with individual staff members. Through his research project entitled “Legitimate Passions,” which among other things has links to the Gewalt-Zeiten research group, Sebastian Schirrmeister engages as an affiliated scholar in the interdisciplinary research discourse at the IGdJ.